Which North Shore Suburb is Better, Wilmette or Glenview?

One of the biggest decisions a family can make is choosing the right suburb in which to live. For those who are lucky enough to have the option, there are many things to consider when making this decision. Two suburbs that are often compared are Glenview and Wilmette. While they share some similarities, there are also some key differences. Here is a look at some of the most important factors to consider when deciding between these two great suburbs.

Second, the public schools in these suburbs are both excellent. In Wilmette, elementary is K-4th, junior high is 5th-6th, and middle school is 7th-8th. All of these schools feed into New Trier High School, which is gigantic with over 4,000 kids and 2 campuses - including one for freshmen only. Glencoe, Winnetka, Kenilworth, Northfield & a small portion of east Glenview also feed into New Trier. In Glenview, schools are broken down a little differently. They are divided into, K-2nd, 3rd-5th, 6th-8th, and then high school.  Almost all of Glenview feeds into Glenbrook South High School (GBS), with approximately 3,000 students but only one campus.

Third, between Wilmette and Glenview, the downtowns are pretty different. Wilmette has a traditional downtown area with lots of restaurants and many mom & pop shops. However, in Glenview, there are 2 different downtown areas.  In the original downtown Glenview, the Village has been trying to redevelop for years and it has been taking some time. But in the newer part of Glenview, The Glen, there is the Town Center.  It was the old Naval Air station used in WWII that was redeveloped in the early 2000s. Conveniently, both towns have metra train stops and are a quick 30-40 minute ride into the great city of Chicago.

Fourth, something that both Wilmette and Glenview’s residents enjoy is the abundance of nature and outdoor space. However, the biggest difference is that Wilmette has the lake - perfect for biking and running along the beach trails. Whereas Glenview has many luscious forest preserves where you can bike, walk or go for a run.

Lastly, let's talk about housing! Wilmette’s homes tend to be charming and older with less square footage - the lots are also generally smaller. However, there are always those spectacular and gleaming lakefront properties. In Glenview, the lots also tend to be bigger and there is a large mix of housing, from new multi-million dollar properties to more affordable older homes.

So, which is better? The answer to this question really depends on what you’re looking for in a suburb. If you want easier access to the city and lake, then Wilmette is probably your best bet. But if you’re after more space and affordability, Glenview might be a better fit for you. In the end, both suburbs are amazing places to live and it’s hard to go wrong with either one. 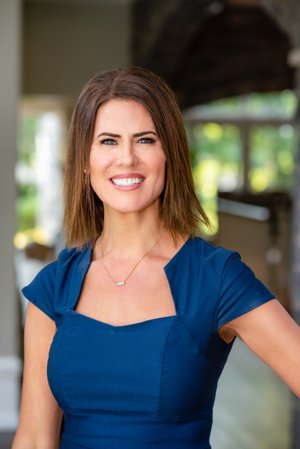